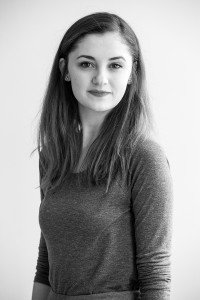 Harper began her dance studies at the Classical Ballet Academy of Minnesota in March, 2002. She has danced in many of the classics restaged by Cheryl Rist for Ballet Minnesota including: ‘Don Quixote’, ‘Les Sylphides’ and ‘Sleeping Beauty’. She has also danced in and been a featured dancer in works by Andrew Rist including: “Cinderella’, ‘Messiah’, ‘Beethoven’s 6th Symphony’, ‘At The Museum’, ‘Nutcracker’ ‘Song of Silence’ and Beethoven’s ‘Grosse Fuge’. The solo Winter Fairy in Cinderella was created for Harper. Harper was made an apprentice to Ballet Minnesota for the 2013-2014 season, and joined the company in 2015. She is currently a student at St. Catherine University.